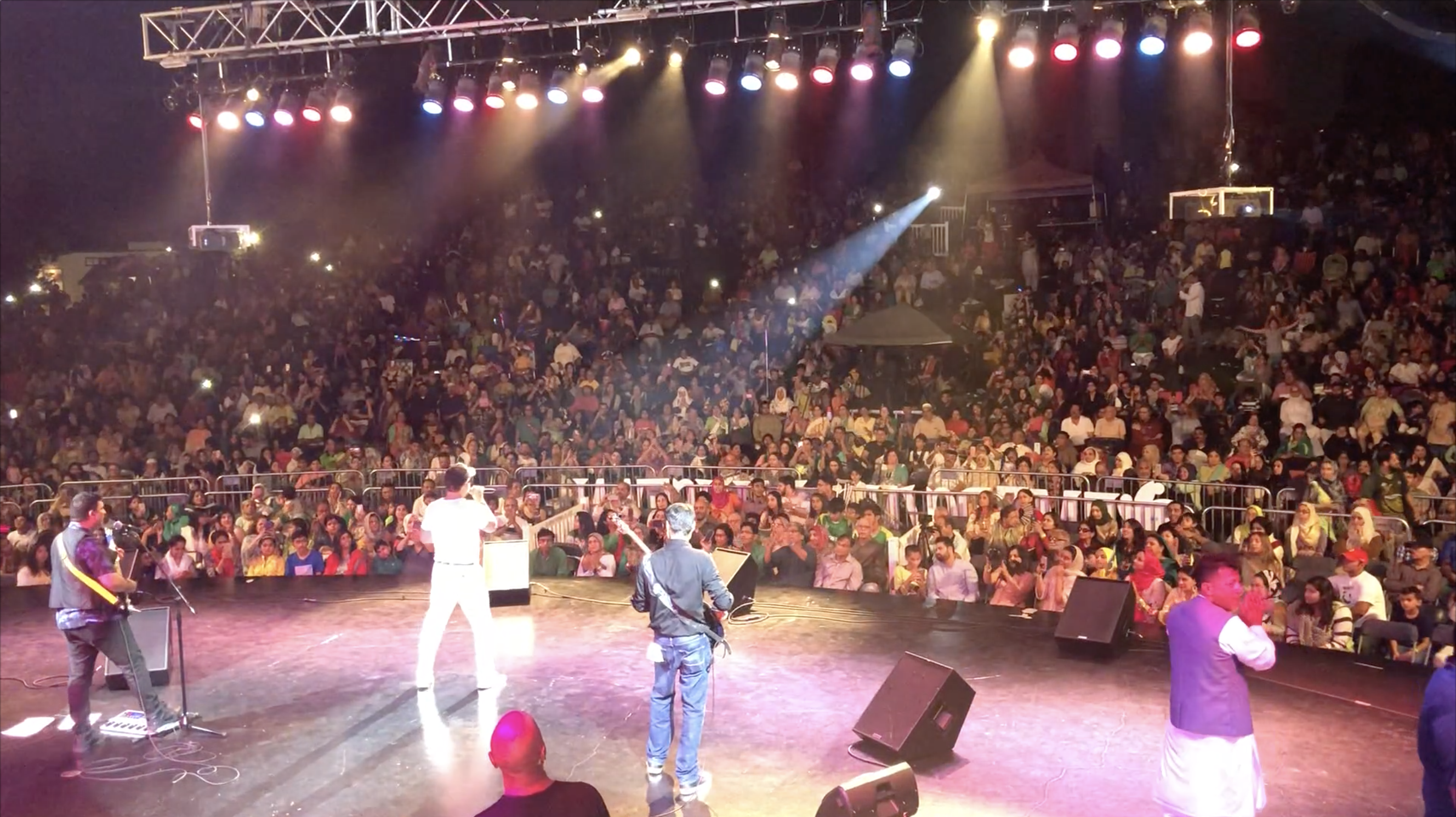 Another historic Taste of Pakistan in Bolingbrook took place on Saturday, August 25, 2018.  Thousands flock to this city each year to witness one of the most well organized and well attended Pakistan Day celebrations in the USA.  This year was not different as the host organization the Association of Pakistani Americans of Bolingbrook (APA) yet gained another feather in their cap.

The event was hosted at the Bolingbrook performing arts center at 375 W. Briarcliff Rd. behind Village Hall.  This year the celebrities invited to perform was no other that the renowned entertainer from Pakistan Ali Haider and upcoming famous young singer Malaika Faisal from Coke Studio.  Thousands of attendees packed the complex filled with food, entertainment and music.  The event was sponsored by Dr. Nadim Longi and Dr. Moazzam Saeed of Advanced Pediatric Care.

Bolingbrook has a diverse population and has consistently ranked among the best places to live in America by Money Magazine.  Among the honored guests Mayor of Bolingbrook Roger. C. Claar and Vice Consul General of Pakistan Rabia Shafiq attended on behalf of Hon. Faisal N. Tirmizi who could not attend due to prior commitments, Ms. Shafiq had nothing but praise for the event and the city which has recently became a sister city to Sialkot Pakistan.  Also, in attendance were representatives from Will County, Village Trustees, Library Trustees, School Board members, Judge Ben Braun, Alysia Benford candidate for State Rep, State Senator Pat McGuire, Dr. Nick Stella candidate for congress, Illinois Governor Bruce Rauner had sent a video and proclamation, Will County Board members, Bolingbrook Park District, State Rep Dave Olsen and others.

The official flag hoisting was conducted as the APA celebrated 27 years of raising the Pakistani flag at Village hall.  The ceremony was conducted by Mayor Claar and Vice Consul Shafiq and the founder of the APA Mr. Talat Rashid was honored with the proclamation, a video message from the Governor and received much praise from the guests for the vision and accomplishments of the APA.  The APA also recognized Mr. Abdul Razzaq from the Pakistan Consulate Chicago for his dedicated service to the community along with recently retired Bolingbrook Public Works member Bob Kalis for his 29 years of service.  The Master of Ceremonies was no other than Mir Ali, who continues to grow in his role of leading the future of the community and has done explicit work for the community.  Both Mr. Rashid and Mr. Ali were appointed to the Police and Fire and Plan Commission boards, respectively.  This year Mr. Rizwan Asghar was also appointed to the Civic Affairs Cultural Affairs Commission.

The event was entertaining at many fronts.  Entertainment for kids included face painting, jumpy houses, air plane rides and arts and crafts activities.  All types of food were being served at the food booths consisting of Bismillah Restaurant, Makki Grill, Lazaal Foods, Desi Diner and Porto’s Peri chicken.

The clothing and jewelry bazaar were filled with deals and business owners had their booths set up to get the maximum exposure.  The APA has done a fine job in maintaining the quality and providing businesses a great platform to get exposure through their digital screen advertising and this year the entire event was broadcasted live achieving over 200k viewership.

The entertainment began about 8pm as DJ Kazi entertained the crowd all day with his music.  The APA rewarded Bolingbrook Police officer Robert Liazuk for his 25 years of above and beyond service to the community.  The APA offered many great raffle prizes including the grand prize of a round trip ticket by MI travel.

The highlights of the evening consisted of a video message from the newly elected Governor of Sindh, Mr. Imran Ismail praising Mayor Roger Claar for his support and dedication to the Pakistani American community of Bolingbrook for over 30 years.  The APA thanked the Governor for his kind words and recognized Mr. Ali Akhtar for his unparalleled support.  The most memorable part of the evening was when the APA announced to donate proceeds and profits from its raffle and parking towards the Basha Dam construction project, which is badly needed to support Pakistan’s rural population that in today’s world still lack water and electricity.  The APA also donated to many local nonprofits including the Lions Club, Veterans of Foreign Wars, H2O and Clow airport.  Later, the APA was also was successful in rallying individuals to donate towards the Basha Dam project, those individuals included Dr. Moazzam Saeed, Dr. Nadim Longi, Dr, Faiz, Dr. Waseem, Dr. Yaseen, Dr. Tahmina Bajwa and Dr. Ghani.  The thousands of attendees were on their feet in excitement and praised the APA and the donors for their continued commitment to make Pakistan a better place to live.

The entertainment began with a bang as Malaika Faisal opened the show and won the hearts of thousands of attendees.  The crowd was anxious to see Ali Haider next, as when he took the stage he had the entire crowd on their feet.  He was simply magical with his voice and entertained the crowd as expected.

The event was a huge success at every level.  The APA has done it again and has proven to America that they truly bring out the best in the Pakistani American community and are leaders in educating America on all the positive contributions Pakistani Americans continue to make towards its success.

The 2019 Taste of Pakistan will take place in August 2018 and further information will be available on www.apabolingbrook.com. 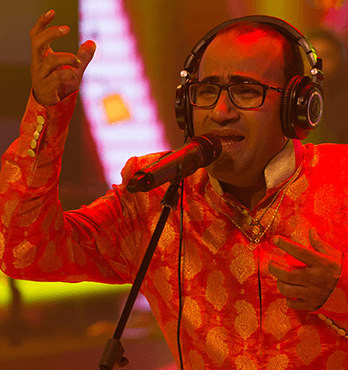 Join us for a fun filled day with the family and celebrate Pakistan's Independence Day... 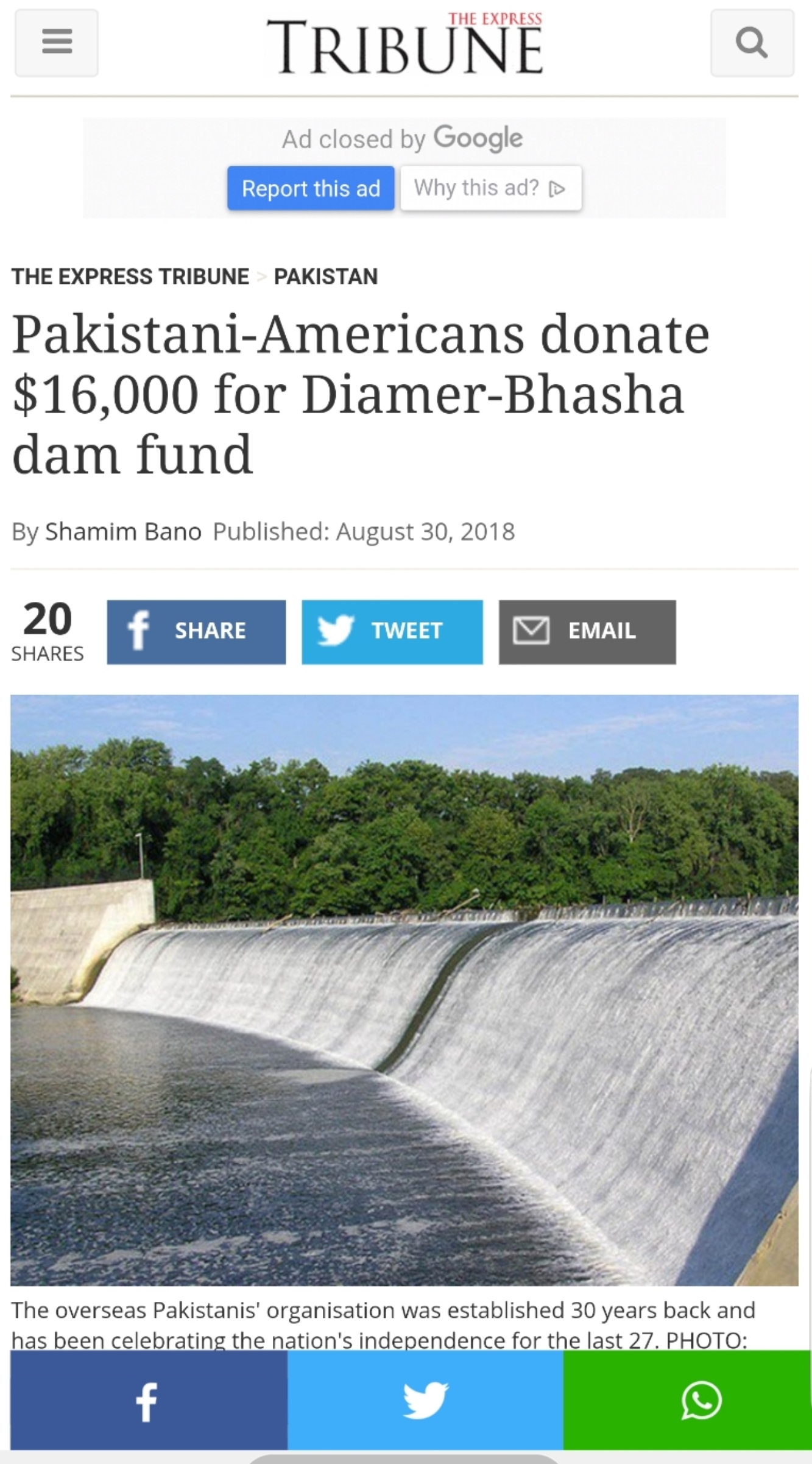 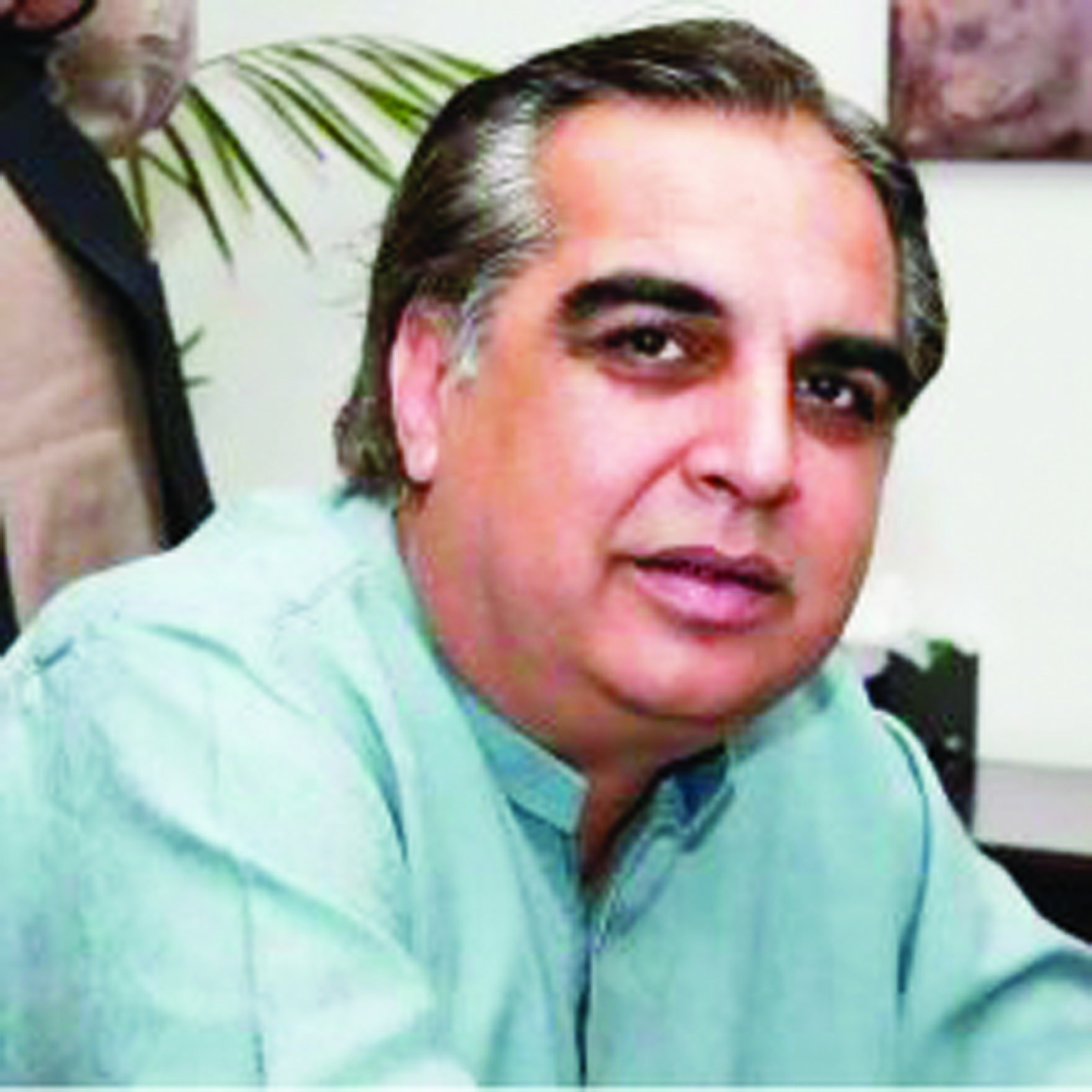 The Governor of Sindh Mr. Imran Ismail sends his congratulations on Pakistan Day to the...